Telling the story of Isle of Wight

Jim Abicht admits there probably aren’t many marketing experts who would recommend starting a retail business devoted to a single holiday in a town with less than 9,000 residents.

But that didn’t stop him from opening The Christmas Store in 1994 on Main Street in downtown Smithfield.

Abicht and his wife, Elaine, who’d been collecting antique Christmas decorations for more than a decade, got the idea from traveling around the country buying and selling, where they encountered vendors who operated similar year-round stores devoted to the winter holiday. For its first seven years, the business operated out of the historic Gaming House — now home to Maggie Casey’s Celtic Treasure and Oasis on Main — next to the equally historic Smithfield Inn.

“It was a small building and the perfect start for a fun business,” Abicht said.

In 2001, it moved to its current, larger storefront, still on Main Street but now adjacent to the Isle of Wight Chamber of Commerce office.

“[Smithfield] is where we wanted to live, and somehow we’ve made it work,” Abicht said. “We can’t disagree that we could do more business in a larger city, but it’s hard to find the spirit and warmth of Smithfield in a place with a larger population.”

True to its name, Christmas merchandise remains “by far what we stock and sell the most of,” he added, but the store isn’t exclusively devoted to a single holiday. In the fall, shoppers can find Halloween and Thanksgiving decorations and in the spring and summer months, Easter and Fourth of July merchandise.

The merchandise comes from close to 200 vendors, many of whom exhibit at the Atlanta Gift Mart. Some have even made the trip to Smithfield to observe Abicht selling their wares.

“We do minimal online buying, as we find it important to actually see the item rather than trusting a photograph,” he said.

But this year, the COVID-19 pandemic reached the United States and put an abrupt end to the foot traffic his business depends upon.

“We were shut down for a little over three months in the spring and then had to shut down for two more weeks after one of our employees had a relative exposed to the disease,” Abicht said.

But now, the store is once again open and “doing pretty good, probably better than many,” Abicht said. “We will be wearing our masks until it’s safe not to. Customers will be doing the same.”

In 2002, Abicht met Dean Willard, who would portray Santa Claus at the store for the next 18 years.

“We got a call from a magazine wanting to do a Christmas photoshoot in June for their December issue,” Abicht recalls.

The magazine had brought Willard in for several poses, dressed in a red Santa suit. When Abicht approached him about reprising his role later that year for the store’s customers “he was a little hesitant, so I suggested that he come to Smithfield that first weekend in November when a number of businesses were having open house, and I would give him a bunch of candy canes to pass out to shoppers up and down the street,” Abicht said. After two hours “he came back in the store and said he really liked this town and we worked it out for him to do photos at the store starting the weekend after Thanksgiving.”

“He really impressed me with his ability to put all the children at ease, but in particular the scared ones,” Abicht recalls. “In a calming way, he would chat a while and then asked if they would mind if he had his picture taken with them. This put the child in charge and a comfort level for Santa followed.”

The photos, which were provided free of charge to customers, weren’t limited to children either.

“I was also amazed at the number of photos with the adults we would do,” Abicht said.

Rather than sitting on Willard’s lap, the adults would have him come out and stand by a tree with them. Pet photos with Santa were also popular.

“We did lots of dogs, big and small,” Abicht said. “When the two Great Danes came, Santa went outside to do their pic … lots of cats, guinea pigs and even a goat came in the store for a photo.”

“Many of these pictures became gifts for the grandchildren that didn’t live nearby,” Abicht added. “The Saturday before Easter each year, he would come to the store for photo sessions wearing big white fluffy slippers and a large rabbit ear headband along with a full white shirt and his red pants. He’d tell people that the Easter Bunny was real busy and asked him to help out.” 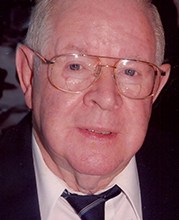 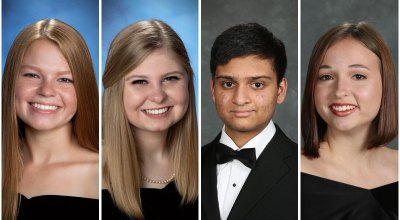