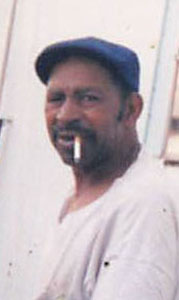 Harry Gene Taliaferro Sr., 76, of Carrollton, died on Tuesday, May 18, 2021. A native of Isle of Wight County, he was the son of the late James and Sarah Taliaferro. Harry retired from Smithfield Packing after 20 years of service.

A candlelight service will be held at 6 p.m. Saturday, May 22, at Huntington Park, Newport News.

J.T. Fisher Funeral Home in Smithfield is in charge of arrangements.