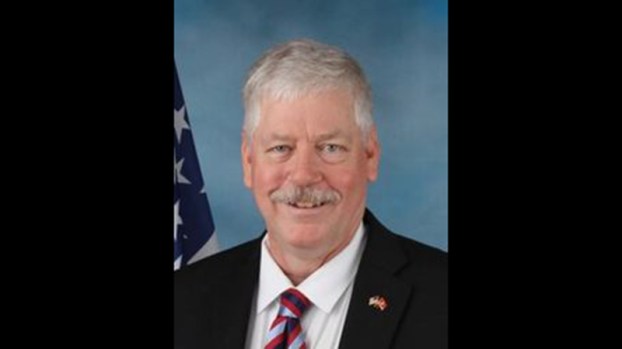 This is the first in a series of email interviews with candidates for school board, county supervisor and the General Assembly. Watch The Smithfield Times and www.smithfieldtimes.com for additional coverage leading up to the election.

Jackie Carr and John Collick are running for the Carrsville District seat on Isle of Wight County’s School Board.

A group of citizens who know my positions on education after my 2020 Congressional Campaign, approached me in the Spring and asked me to run due to their perceptions that money wasn’t being spent judiciously, the Superintendent fires teachers who disagree with him on the smallest issues, and that Critical Race Theory is being implemented in Isle of Wight Schools. I have grandchildren in the IOW school district, so I took about four weeks to research these issues and after finding some validity in their perceptions, I decided to run for School Board in the Carrsville District.

These decisions were made before I decided to run for School Board but after reviewing the publicly available information and talking with several county officials, I believe the most cost-effective plan, over the long term, is to build a new school with a higher student capacity than we currently need, to allow for the growth that is coming to IOW County. As far as the cost of water, that seems excessive; the county should pay no more than the cost per gallon that residents pay for water in their homes. After all, the schools are for their children.

Building two schools simultaneously is not a good idea right now. Nationwide, we’re seeing an unprecedented lack of building materials and significantly higher costs for them. If another lockdown occurs, these materials will become more difficult to get and could result in two partially built schools, without the materials to finish them. Once construction stops for a prolonged period, deterioration by both nature and people vandalizing the sites, become real threats. The original plan to stagger construction of these schools should be maintained, absent significant funding from sources outside of the county.

The only reason to vote to implement an existing law is to send a message to the House of Delegates or the people of IOW County. The Board’s message was to IOW citizens that it represents the Legislature, not IOW County. They should have joined other Virginia school boards to stand against this law. Contacting parents when their child identifies as the opposite sex or preventing biological young men from showering with biological young women is not discrimination; it’s common sense. I will work with school boards across the country, to help send this to the Supreme Court, if needed.

Having served in the Marine Corps for 20 years, I moved often. Everywhere I have lived, mostly Democrats ran “non-partisan” elections. Once in office, they have often acted against community interests. I found that it was a “roll of the dice” of what the candidates core values were until they were elected — even when they were friends of mine. Therefore, so nobody will be surprised when I vote Conservatively, I am running as a Republican. I don’t believe it will hinder the Board in any way; in fact, it gives them an idea of where I stand.

Several citizens have documented elements of Critical Race Theory (CRT) in IOW Schools. My opponent and I have been provided this evidence and more, which will be available for public review at the County Fair and early voting station. First was the hiring Equity & Inclusion Coordinator, Ms. Cox-Jones. Additionally, passing an Equity Proclamation by the Board, Ms. Cox-Jones sending an email concerning a news story about Windsor Police Officers, receiving reading lists for both students and staff, particularly the “Woke Reading List” at Smithfield High, and listening to Cox-Jones comments, there’s no question CRT is being implemented in IOW.

All children are similarly capable, regardless of race, so there must be additional information that’s not being considered. We need have more information to fix this. For example, do most students in each grade come from the same school? Are most from economically disadvantaged homes? Only when we understand why students are underachieving, can we help them reach their goals. I know from experience that every Special Needs student is different, so their parents/guardians must be actively involved in every decision, without “strong arming” from the school district. Private school options must be available when IOW schools cannot accommodate.

Dr. Thornton’s theme of “Reboot” is probably the best way to tackle this issue. That, along with the parent/teacher team, who must work together to ensure each student does his/her best and maintains self-discipline. With the reboot, we have the opportunity for all parents to “have the teachers’ backs,” particularly when it comes to discipline. In turn, the teachers and administrators must be consistent and fair in both grading and discipline.

I am opposed to an arbitrary time limit, because it limits the number of citizens who can speak. By limiting the total time of all speakers, the Board loses opportunities for facts that could make a difference in how they proceed on an issue. This could have long term ramifications for our children. Limiting the number of speakers also sends a message that they don’t care about your concerns, as evidenced in the August meeting. They should always recognize dignitaries, particularly other elected officials, and allow them to speak, not (essentially) say, sit down and shut up.

10. Should Isle of Wight join other school boards that have voted to defy Virginia’s universal mask mandate for K-12 schools?

Today, many bureaucrats and elected officials, who I call “Little Tyrants,” believe they can arbitrarily take your Rights away, under the guise of “health.” There are children who cannot wear a mask due to medical issues — but being mandated, some will be homeschooled, while others suffer additional health issues. I believe parents, not their neighbors, should decide if their child wears a mask. So yes, I think the IOW School Board should have voted to defy the mask mandate. When elected to represent Carrsville on the School Board, I will not be a “Little Tyrant.”

As a rule, we should ensure our children wash their hands after using the bathroom or sneezing.  Other than that, I believe schools have made great strides in fixing HVAC systems, having air filters in classrooms, disinfecting desks, tables, and equipment. Teachers should determine their own seating plans, according to the needs of the students in the classroom as well as to facilitate their own style of teaching. We cannot mandate everything — if we try, there will be unforeseen ramifications.